One of the world’s premier marketing conferences, RISE is where industry giants and startups, global CMOs and advertisers converge to talk about the latest and greatest in marketing. This time, the topic was the future of advertising.

At the most recent conference at the Hong Kong Exhibition Center, held from July 8-10, Criteo COO Mollie Spilman sat down with Global Chief Design Officer of R/GA and Partner at RJ Ventures Richard Ting to discuss the future of advertising in a panel moderated by Editor in Chief of Engadget Chinese Richard Lai.

Here are the five key takeaways from these two industry experts:

1. Mobile is now where shoppers start and end their searches.

“At Criteo,” said Spilman, “we’ve seen the number of transactions on devices skyrocket. Before, people surfed on their phones but didn’t necessarily have the confidence to actually buy, but now that’s changing.”

She added that marketers need to focus more on providing not just a seamless shopping and checkout experience, but also a seamless brand experience.

Shoppers, said Spilman, should feel as they move across devices and channels that they are interacting with the same brand thanks to look and feel, and messaging. The critical thing for brands to excel at is to learn how to successfully tie all of the screen and locations together into one seamless “shop.”

2. Voice should be a part of your marketing budget, but not too much.

When asked about the future of voice shopping, R/GA’s Ting was conservative.

“There’s a lot of experimentation left to do. I don’t think voice is ready to skyrocket and take off like apps did a few years ago. So I don’t think it’s quite hit the masses yet.” 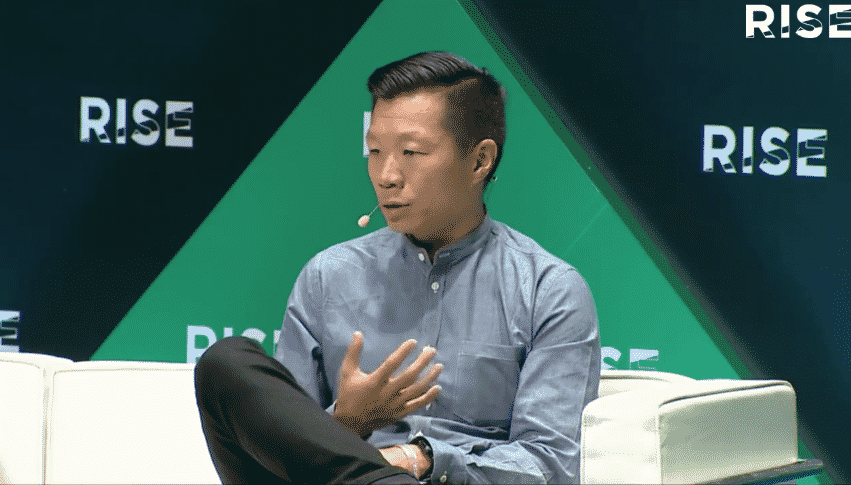 But Ting was aware of the next generation, like his 10-year old daughter who used voice devices to ask about things like the weather and other non-commerce related questions that popped into her head.

“There’s a younger generation being brought up around voice,” said Ting. “So it’ll be interesting to see it develop over the next few years.”

While he feels bullish about the future of voice shopping, he was said he wasn’t at the point where he would invest too much of his budget.

Spilman agreed, saying that while consumer interest would increase and that AI and machine learning would make voice shopping even easier in the near future, retailers would for the most part be “fast-followers” rather than be leaders.

In the middle of the panel, the audience was polled about wheter they had tried augmented reality (AR) or virtual reality (VR) marketing. Eighty-four percent of the audience replied yes, and 16% said no.

For Ting, AR was much more scalable and offered more opportunities than VR.

“The toolkits and the SDK kits that are available are fantastic,” said Ting. “I think the ability to look at advertising through your phone and see it in augmented reality has the ability to scale much faster than VR.”

For VR advertising to scale, said Ting, “you have to expect people to have the VR headset, and I just don’t see that happening.”

For Spilman, AR is “hugely valuable” for retailers looking to gamify their experiences.

“We see it a lot with home furnishing companies,” said Spilman. “You can see what the furniture looks like with your phone.”

AR presents what Spilman sees as unprecedented branding opportunities: “From a creative perspective, it’s a whole other experience. It’s not just what the ad looks like, you’re creating a whole experience for the brand – it’s physical and mental.”

4. Now is the time to develop direct-to-consumer relationships.

When asked how brands can stand out on their own beyond Google, Facebook and/or Amazon, Ting stressed that it’s now more important than ever for brands to develop direct-to-consumer relationships.

“If you’re a brand and you’re working directly through Google and Facebook only, or you’re only selling your product through Amazon, your data is being controlled by a third party… you have no understanding who your customer is,” said Ting. “The more you develop services that can talk directly to your consumers, the better experiences you can provide.”

For Spilman, transparency and authenticity are paramount to building relationships. 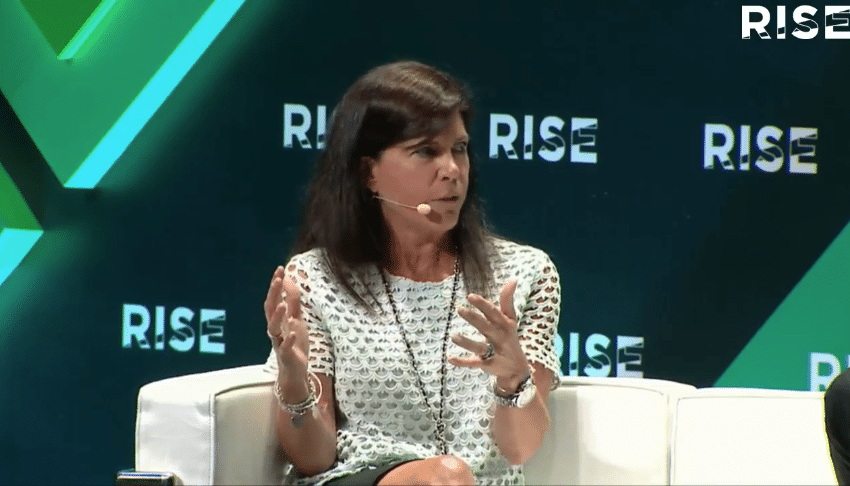 “For consumers, it’s about really understanding how your data is used so being transparent in that way is important. And also to be authentic. People want experiences that are personalized to them and not the mass market.”

When asked what their predictions were for advertising in the next ten years, Ting felt strongly that blockchain would play a huge role in how consumers could potentially gain control of their shopper profiles and data.

“If you’re an advertiser, you have to pay me for my attention. I would love to see that happen,” said Ting.

Whatever the future holds, and whatever technologies emerge, brands and retailers must remember that the relationship they have with their customers is always the number one thing they need to prioritize and focus.

Technologies like AR and voice shopping can help elevate certain experiences, but without a comprehensive, authentic, and data-safe strategy to put shoppers first, even the most enticing ad won’t be enough to maintain shopper loyalty.