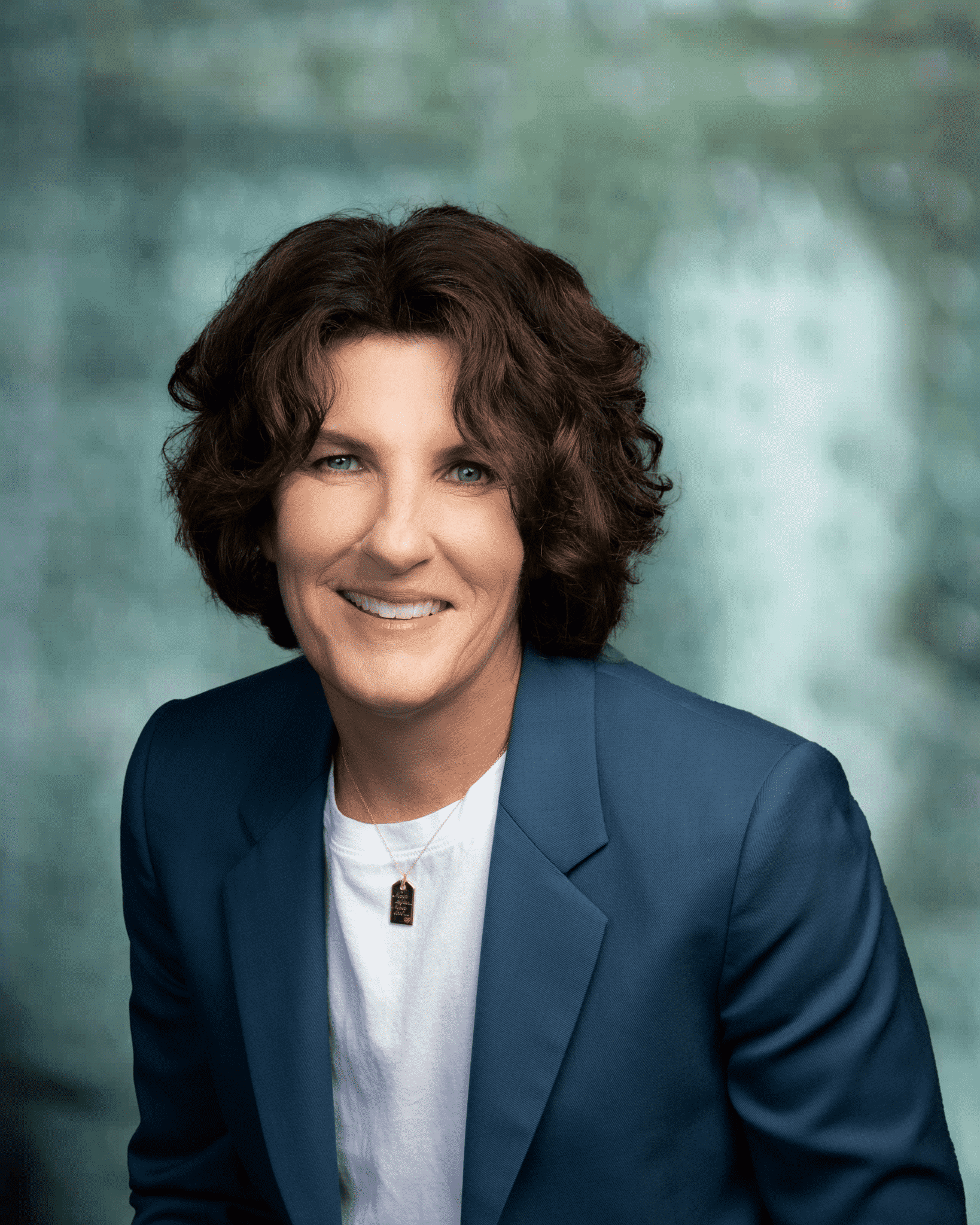 Megan Clarken is the Chief Executive Officer at Criteo, the global commerce media company. Since joining the company in November 2019, Megan has been instrumental in Criteo’s transformation. Today, the company operates a robust Commerce Media Platform that connects 22,000 marketers and thousands of media owners to deliver richer consumer experiences from product discovery to purchase.

Prior to joining Criteo, Megan served as Chief Commercial Officer of Nielsen Global Media, where she spent over 15 years in a variety of roles leading initiatives that allowed the 90+-year-old company to adapt and prevail in a time of change. Most notably, Megan was the chief architect of Nielsen’s Total Audience strategy, which fundamentally changed the way the marketplace looks at how consumers engage with content and ads across platforms and devices.

Before she was dubbed one of the “most important figures in media” by Adweek, Megan was an Olympic class athlete, using her perseverance and resilience to pivot into a successful career in technology. With vast awards under her belt, including AdExchanger’s Top Women in Media & AdTech, Ad Age’s Leading Women, and HERoes 100 Women Role Model Executives, Megan continues to be recognized for her ability to transform businesses, while championing underrepresented groups in media. 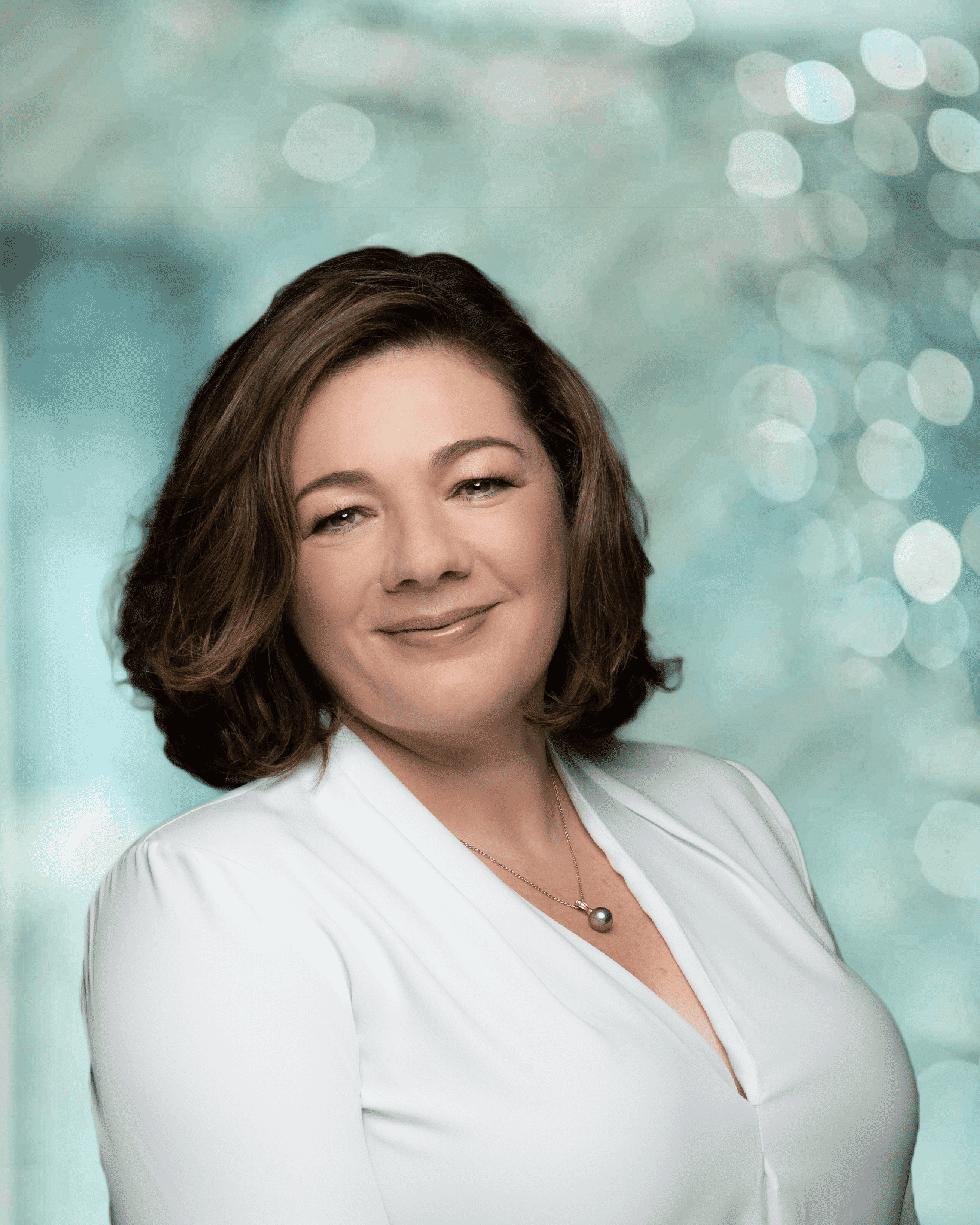 Fellow Chartered Accountant with a degree in economics from the University of York, England. Sarah has extensive global experience in strategic decision making, driving operational excellence and strong financial performance and leading transformative change, including M&A. She is passionate about fostering a culture of collaboration, inclusiveness and equality. 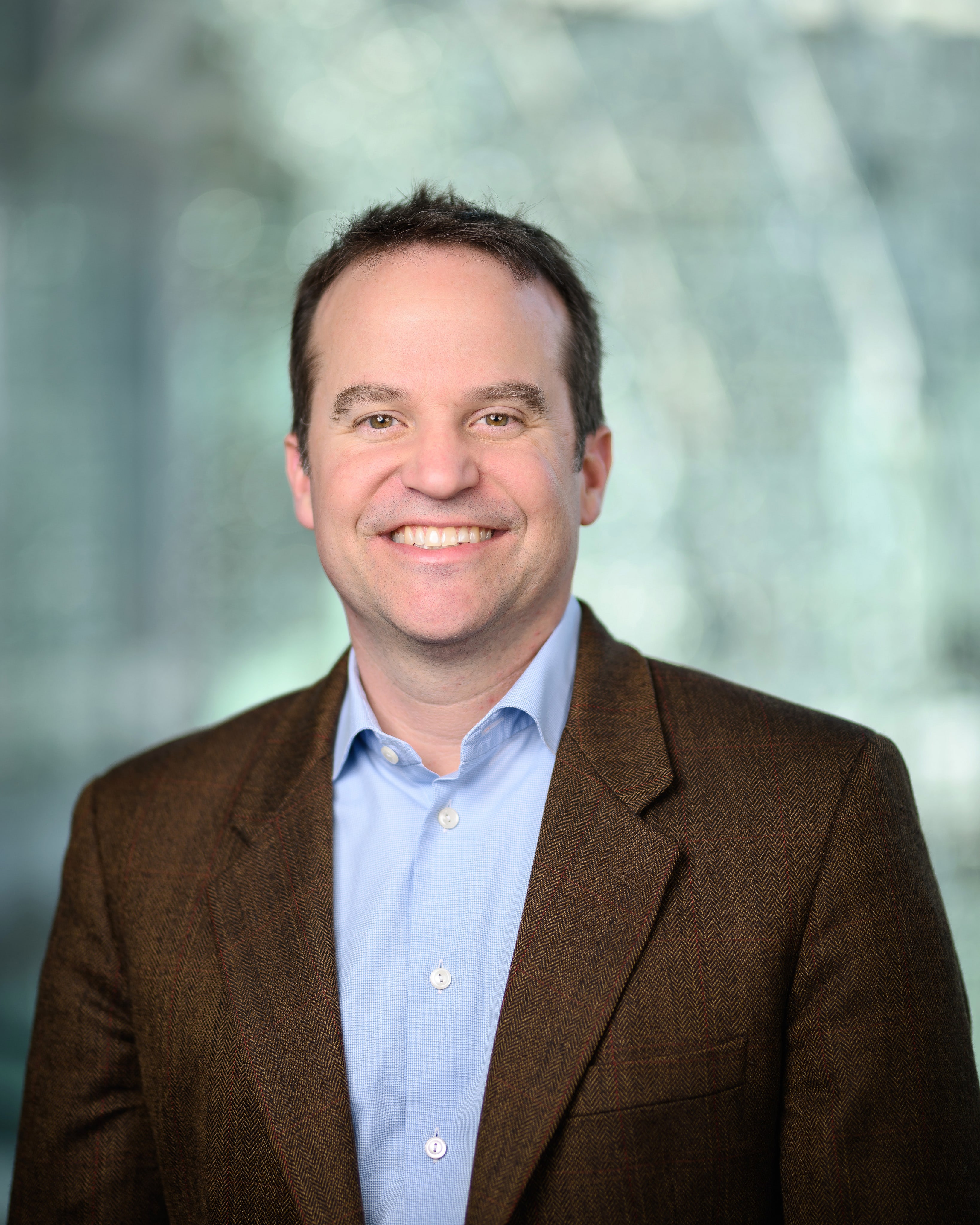 Ryan Damon is Criteo's Chief Legal Officer. Ryan oversees the company’s legal and corporate affairs organization, with responsibility for legal, compliance, public affairs, and corporate development. Prior to joining Criteo, Ryan was with Riverbed Technology, where he served as Senior Vice President, General Counsel and Secretary from April 2015 through July 2018, and served in other senior legal roles from July 2007 through April 2015. He has also held senior legal roles at Charles Schwab and was an attorney with the law firm of Gunderson Dettmer in Silicon Valley, representing start-up technology companies and venture capital investors. 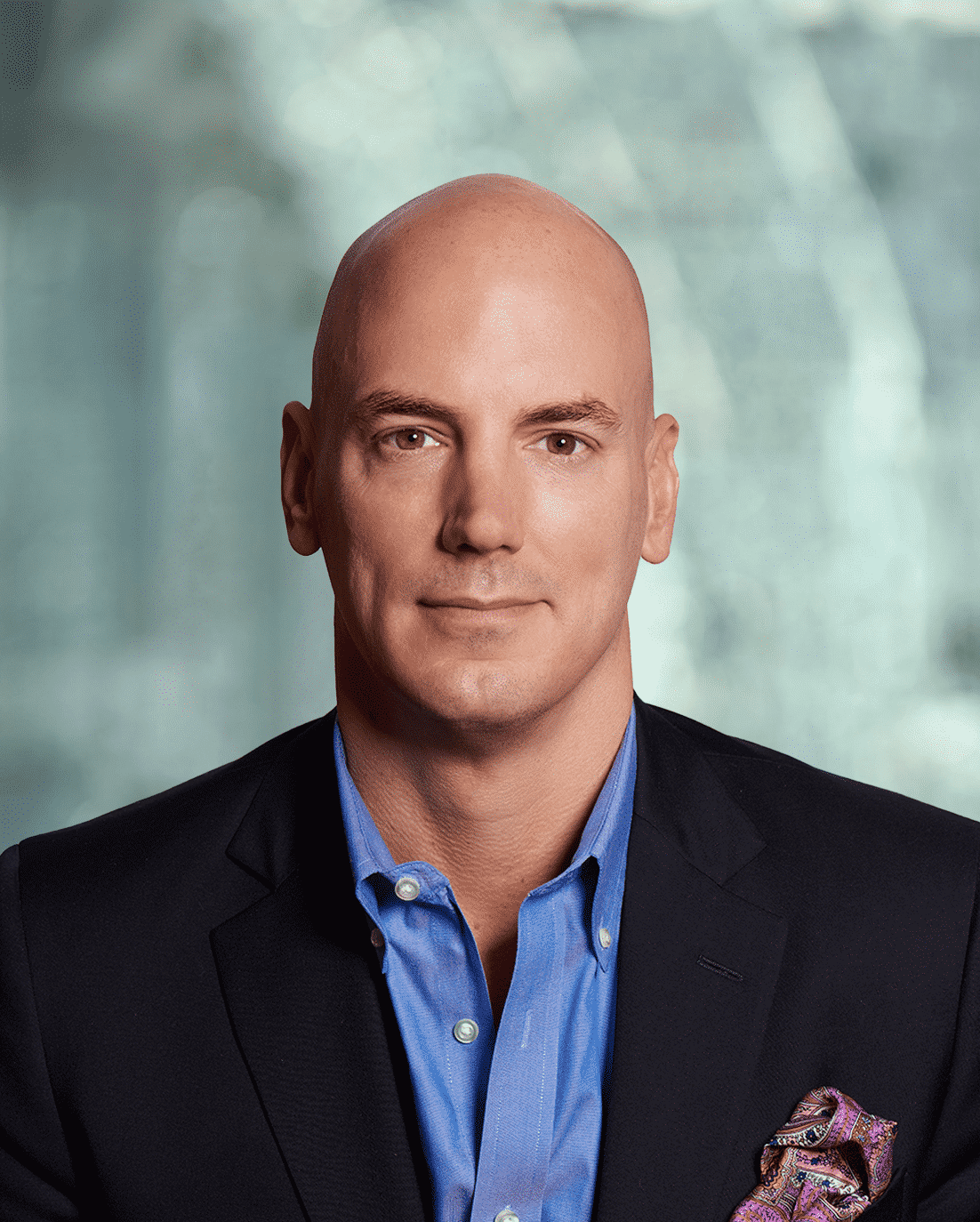 Brian Gleason is Chief Revenue Officer at Criteo. He leads the company’s global commercial organization that is focused on fortifying Criteo’s leadership in commerce media and helping clients drive outcomes on the open internet through its Commerce Media Platform solutions. His deep understanding of the media marketplace and ability to enhance value for clients has led to a career of driving power growth for companies.

Previously, Brian was Global Chief Commercial Officer of GroupM in which he led a portfolio of specialty businesses focused on developing innovative solutions to make media work better for advertisers. He also held roles of Global CEO of Performance Media Group, Global CEO of GroupM’s [m]PLATFORM, Global CEO of Xaxis and U.S. CEO of Xaxis. Brian joined GroupM in 2013 by way of the digital publishing industry, where he was the Group Chief Revenue Officer for IDG TechNetwork and IDG Consumer & SMB. 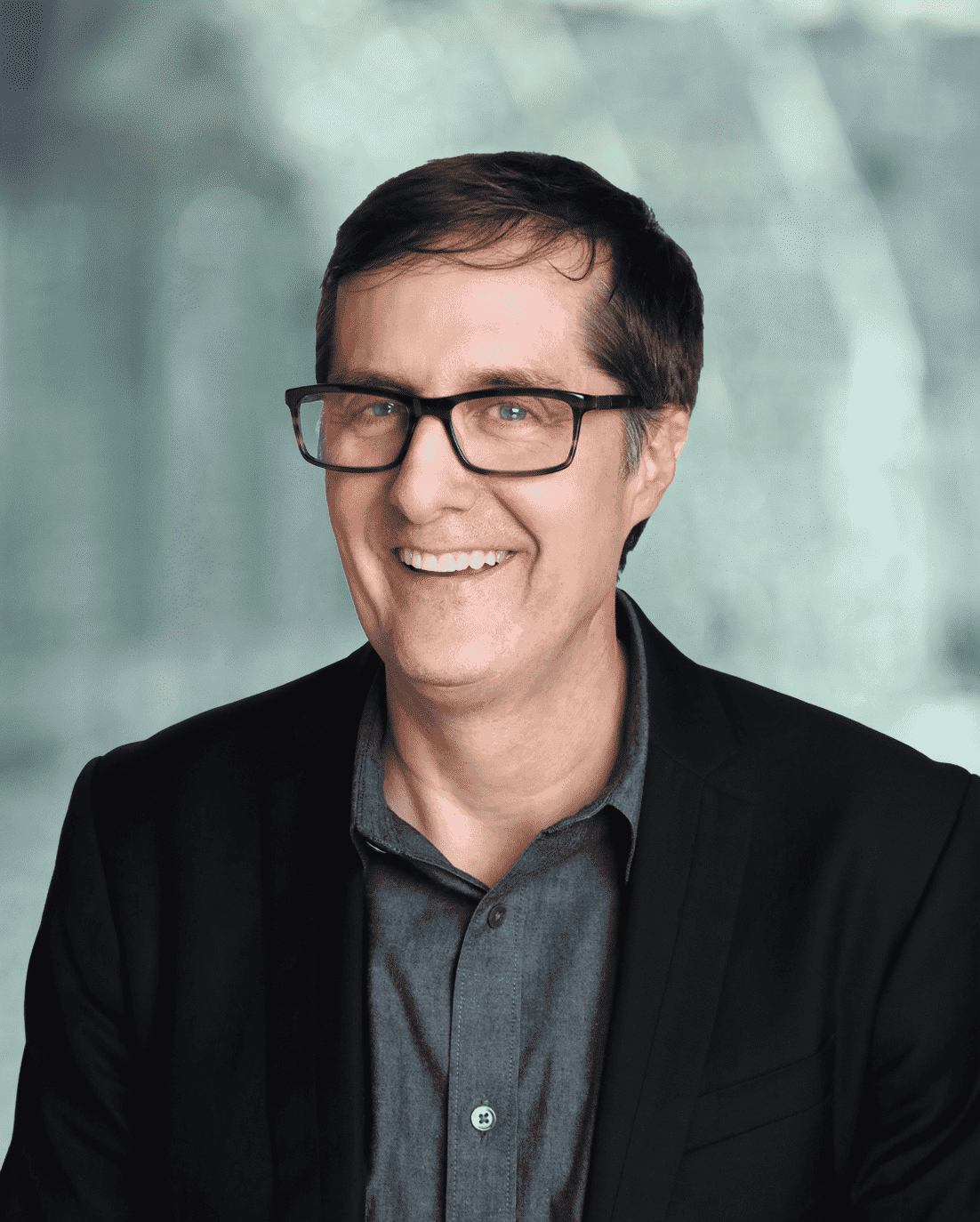 For over a decade Todd has built marketing solutions at the intersection of consumer identity and data. Prior to Criteo, his team established OpenX as the first people-based programmatic marketplace. As CPO of SocialCode, Todd developed products to activate and measure first-party audiences across Facebook, Amazon, YouTube and other platforms. Earlier, Todd led Acxiom's Marketing Services business and founded two venture-backed startups; Aditive, acquired by Acxiom in 2014, and BuzzLogic, the first SaaS for social media measurement and analytics. 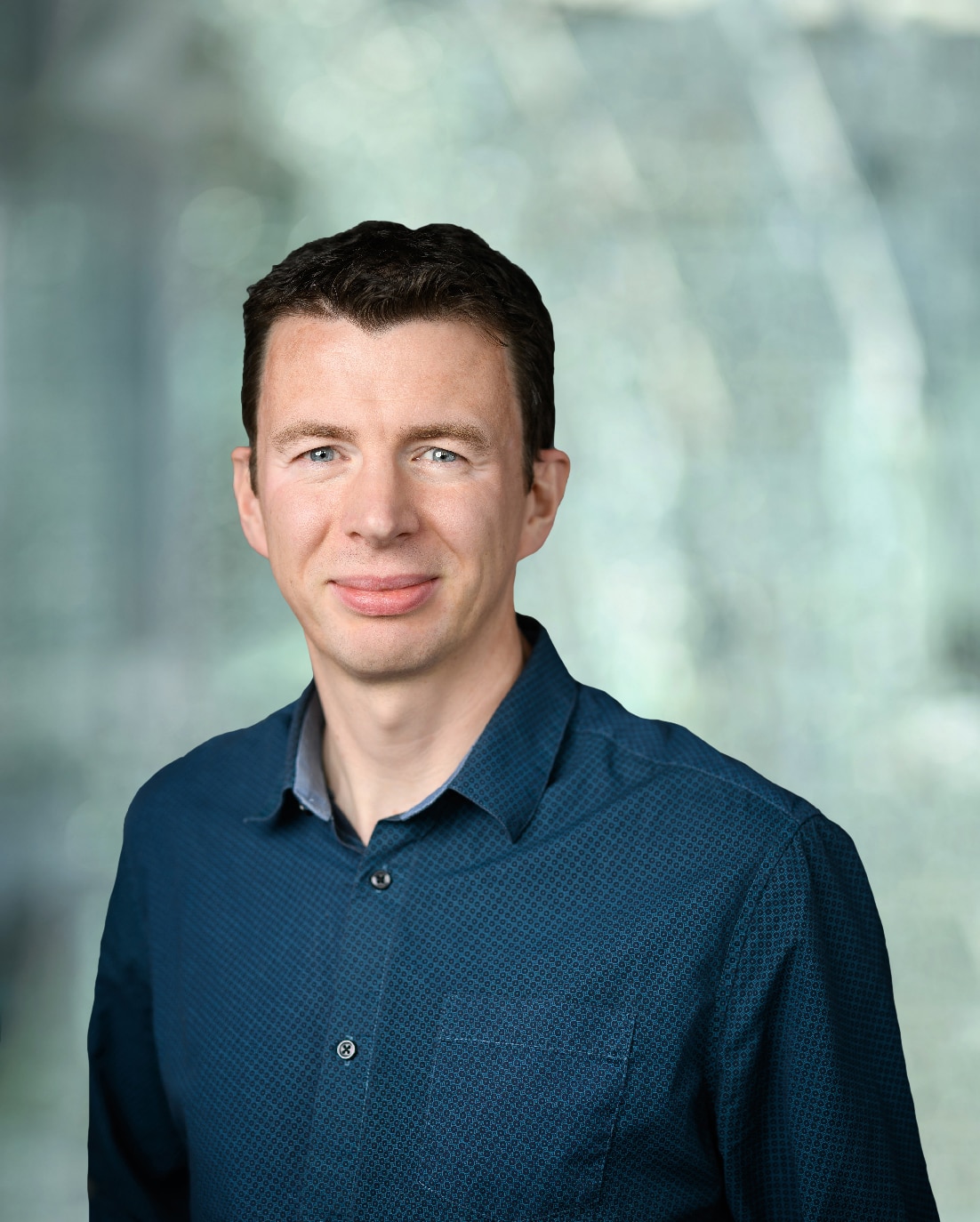 Diarmuid Gill is our Chief Technology Officer, having joined Criteo in 2014. He is in charge of managing Criteo’s R&D teams in Europe and the US, delivering on their mission of providing high performance AI powered advertising at scale. Hailing from Cavan in Ireland, he has an honours degree in Electronic Engineering (1994) and a First-class honours MBA (2014), both from Dublin City University. Previously he worked for General Electric, IONA Software, ICL Fujitsu and AOL. 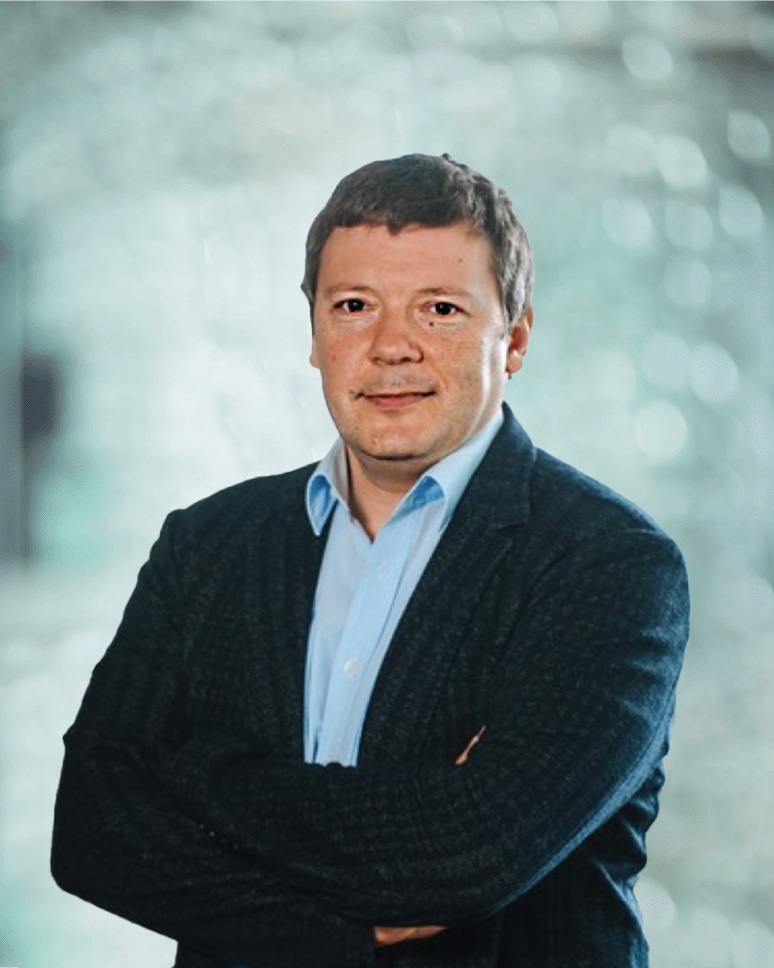 Dr. Boris Mouzykantskii is Criteo’s Chief Architect. He is responsible for driving product, technical and business architecture at Criteo, as well as ensuring the successful integration of IPONWEB.

Prior to joining Criteo, Dr. Mouzykantskii had over 20 years of experience as the founder, CEO and Chief Scientist of IPONWEB Holding Limited, a market-leading AdTech company with world-class media trading capabilities, the business of which was acquired by Criteo in August 2022. Dr. Mouzykantskii earned a PhD in Theoretical Physics and has held research and professorial positions at both Cambridge University and the University of Warwick in the UK for more than 10 years. 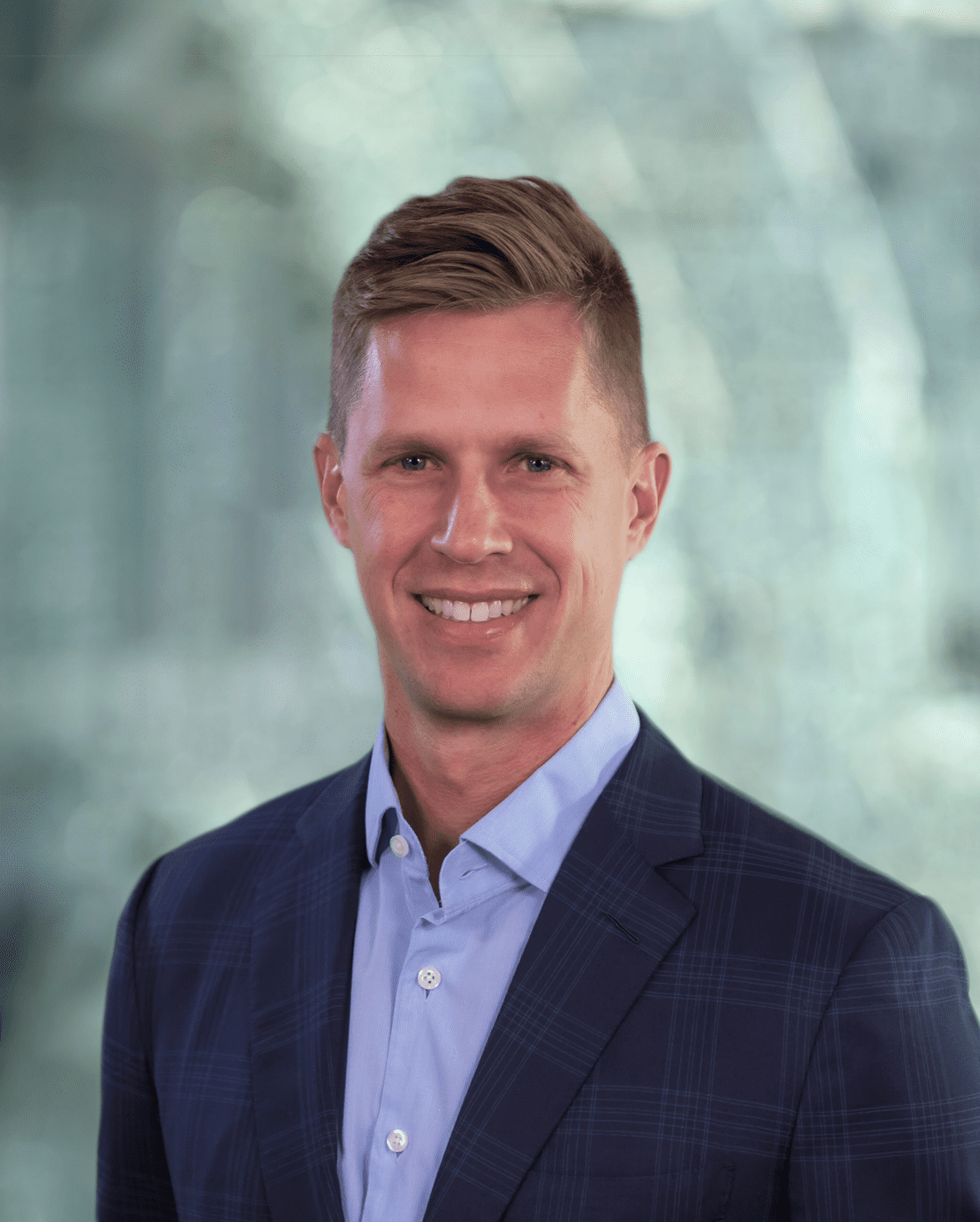 Brendan McCarthy is Chief Marketing Officer at Criteo. He joined Criteo in late 2020, bringing nearly 20 years of Fortune 500 strategic marketing and communications experience to the company. Under his leadership, Brendan spearheaded key transformational initiatives at Criteo, including a brand refresh and an integrated marketing campaign, “The Future is Wide Open,” which signaled the company’s new vision and commerce media strategy.

Previously, Brendan was Head of Communications and Product Marketing for Nielsen Global Media, where he spent five years helping to transform the company’s reputation from a legacy television ratings provider to a leading-edge data and technology company. Before Nielsen, he led several high-profile assignments for large corporate and technology clients during his tenure at global public relations agency, Edelman, and supported a range of political and public interest campaigns at marketing agencies in both Washington, D.C. and New York.

He earned his bachelor’s degree from the University of Florida and holds a master’s degree in Global Affairs from New York University. 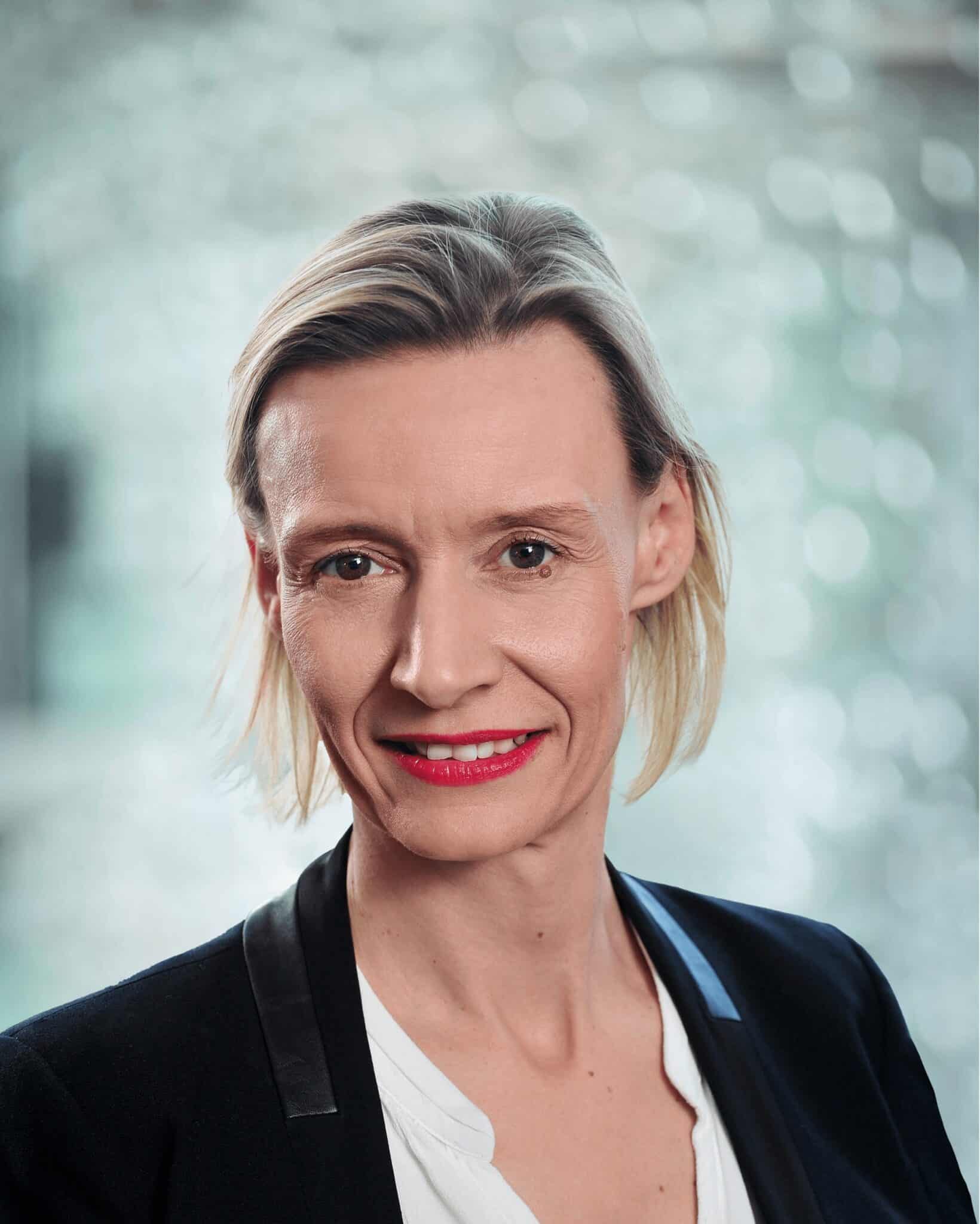 Manuela Montagnana is Criteo’s Chief People Officer. She brings more than 20 years of experience as a people executive, leading global teams in the manufacturing, service, and technology industries. Manuela has a proven track record of accelerating performance through human capital management in a transformation context in both highly matrixed organizations and those undergoing hyper growth.

Most recently, she served as Vice President, Head of Human Resources for Product and Engineering at Compass, where she built and led her Human Resources team in the US and India while serving as the business partner to the Chief Technology and Chief Product Officers. While at Compass, Manuela led major transformational projects including the opening of a new development center in India and the talent integration of two tech startups following their acquisition.

Manuela grew up in Germany and attended the University of Paris X and Strasbourg studying Law, later completing her Master's in Business Administration at IAE - Écoles Universitaires de Management in Strasbourg, France. 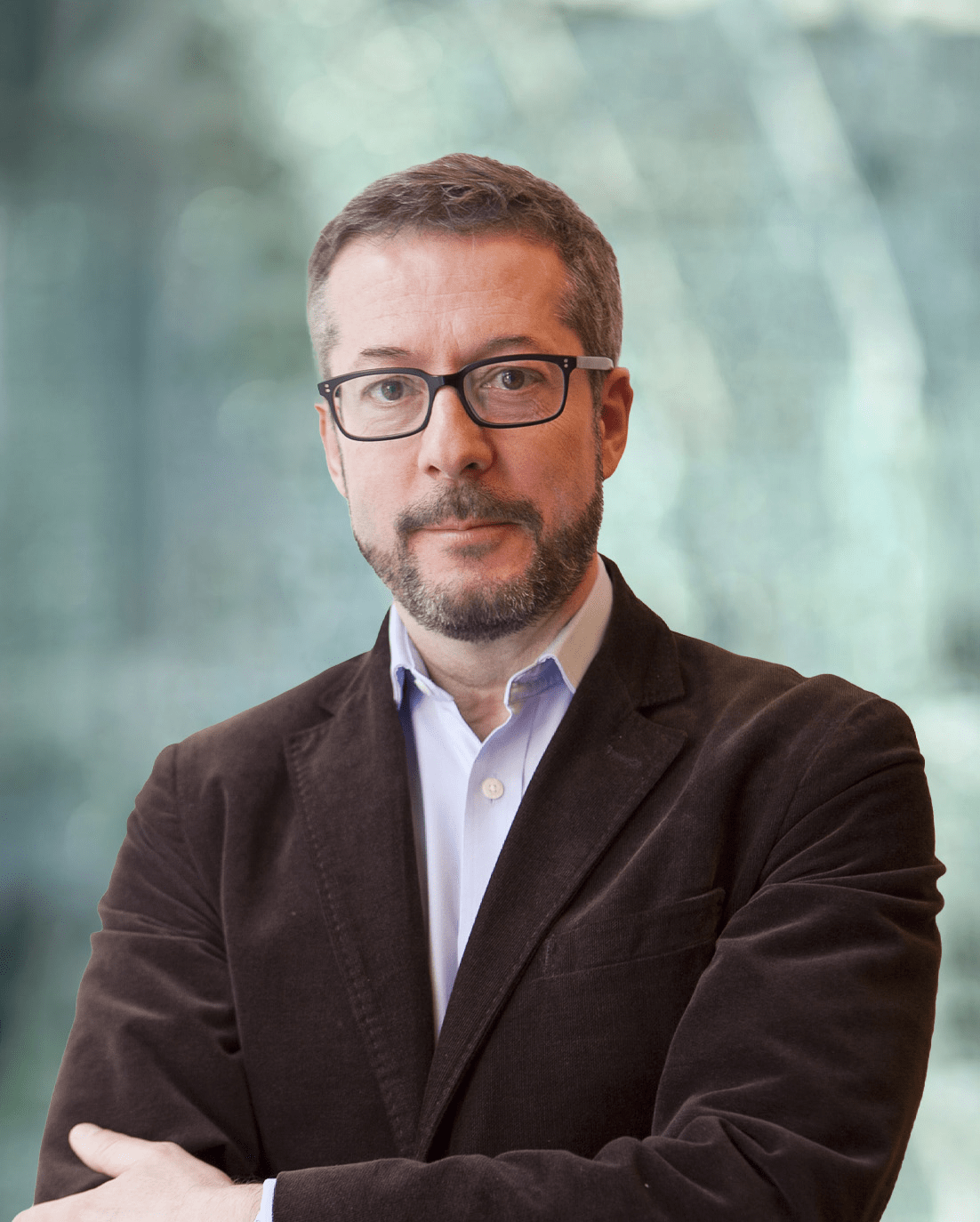 Stephen has over 25 years of leadership experience in the technology sector including Chief Operating Officer at Iponweb, Chief Revenue Officer at Sojern and Chief Executive Officer of social-local innovator Qype, which was sold to Yelp. Prior to those roles, he led Yahoo! EMEA’s consumer business and was EMEA Managing Director for search pioneer Overture. Stephen holds a degree in English and Politics from the University of Birmingham.