Black Friday, long known as the epic kick-off to the holiday shopping season, may be losing that title soon. Much like an impatient child who can’t wait for the holidays to arrive, many retailers have decided that late November is just too far away  (and most shoppers would agree). Hence, it’s early October, and some holiday deals are already being promoted. BlackFriday.com reported a Dollar Tree ad promoting holiday items on October 5. And last year, big box stores like Walmart and Best Buy started promoting deals in early November, a trend that keeps creeping earlier each year.

And why not? The BlackFriday.com 2018 Holiday Shopping and Spending survey shows that nearly 20% of shoppers begin buying gifts in late September/early October. As they say, the early bird catches the worm. 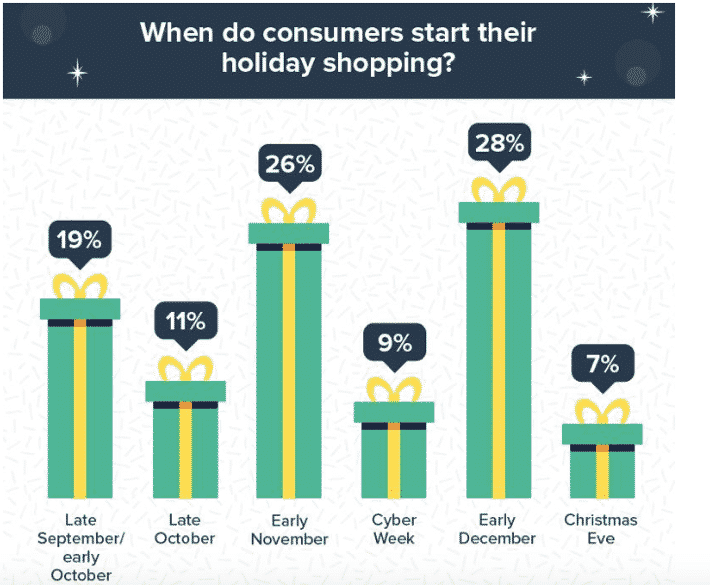 Shoppers are now expecting a rolling month of deals leading up to Black Friday and are starting to look for sales as early as October, too.

According to the Criteo Holiday Report, sales on the days surrounding Black Friday are just as significant as on the big day, creating a Cyber Week effect that we expect to see across all retail categories this year. That’s because, in 2017, people converted as deals were triggered, led by days like Thanksgiving (+25% YoY), Black Friday (+13% YoY), Cyber Monday (+13% YoY), and what we’ll call “Black Saturday” (+12% YoY). 1 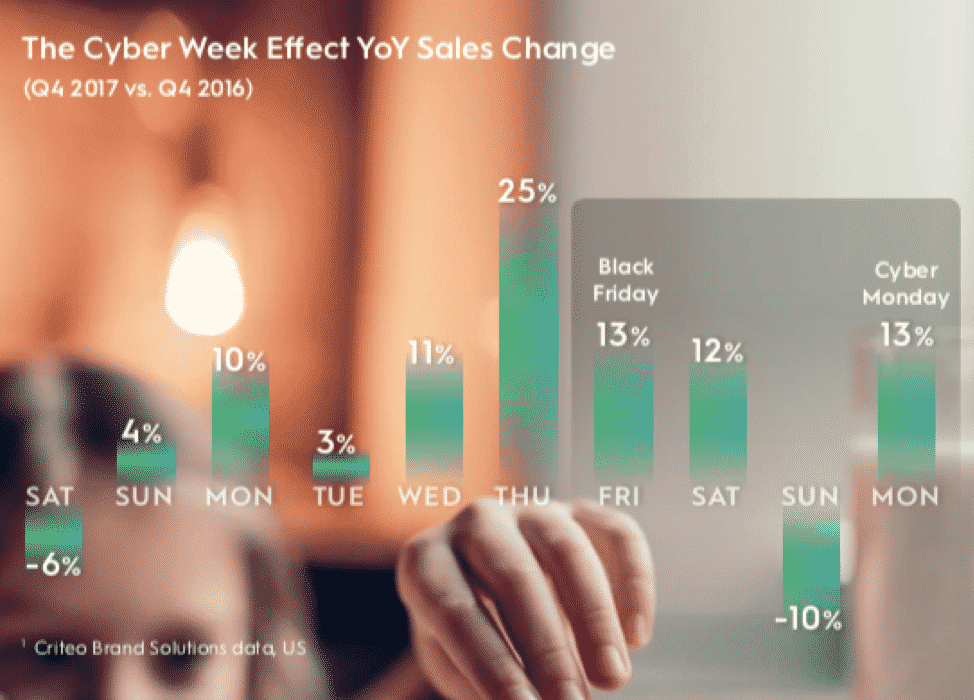 Criteo’s data also showed that all across the globe, Black Friday — a traditionally American phenomenon — has become as big as Cyber Week II (the week between Christmas and New Year’s). It’s a worldwide opportunity – and it starts now.

What does this mean for you?

To get ahead this holiday season, brands and retailers need an always-on approach that’s in play well ahead of Black Friday.