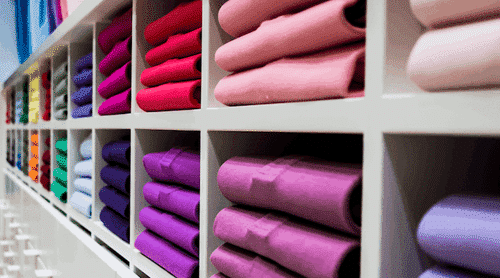 “The past year will be remembered as one of the most challenging periods for ‘brick and mortar’ retailers…we are fighting like hell,” wrote Sears CEO Edward Lampert in a recent, candid company blog post. Could his prediction be true? Let’s take a look at the current state of brick-and-mortar, and what’s in store for the future.

We know that today’s rate of store closures is unprecedented, with the number of retail bankruptcies in 2017 already exceeding the 2016 total. And the bad headlines just keep coming: “Woes deepen at US Department Stores” (Financial Times), reporting tough times at Macy’s, Kohl’s, and Dillard’s; “Department Stores Sales Sag” (Wall Street Journal) on the struggles at Nordstrom and Hudson’s Bay (Saks Fifth Avenue and Lord and Taylor).

And yet, among the doomsday scenarios, mounting lay-offs, closures, and other challenges of some of corporate America’s best-known names, there are glimmers of hope, where learnings provide some grounds for optimism.

A few European retailers such as H&M, Zara, and Primark are actually expanding, capitalizing on strong supply chains that deliver fast fashion and emptying prime locations in smaller, right-sized stores. Shopper-friendly pop-ups, stores-within-stores and markets are fast becoming less novelty gimmicks and more a vital part of the retailer’s armor.

Less visible, but perhaps even more important: using Google Shopping can help hard-pressed retailers manage the thorny issue of too much existing physical square footage occupied by old, unsold stock and help plan what future physical right-sizing might look like. Plus, it can help them take advantage of some of those new shopping trends.

It’s not new to say that it’s vital to stop thinking only like a brick-and-mortar retailer and combine the best of online and offline experiences, but Google Shopping helps to reduce much of the traditional, costly guess work in offline that can result in such woeful headlines.

Unsurprisingly, Google’s own research findings point the way. First, 90 percent of smartphone users don’t know which brand they’re going to buy at the beginning of the buying funnel. Second, 40 percent of product searches are generic.

Over the past couple of years, the tech giant has introduced several initiatives within Google Shopping to help retailers use predictive search to manage inventory, starting with the obvious: Product Listing Ads are now able to appear in Google Image Search to help target those 90 percent who are exploring.

Showcase Shopping Ads can help reach that 40 percent of generic searchers. Non-branded search queries for, say, “Memorial Day barbecue grills,” can be met with a retailer’s gallery of selected products. It’s a step beyond Product Listing Ads, and all advertisers are automatically eligible to appear there. Retailers are only charged when someone clicks on a product having gone through to the advertiser’s brand page, not the Showcase Ad itself.

The better the retailer’s data input, the better chance of a result. Google’s Merchant Center allows online and offline retailers to edit their inventory at any time to feature their products in Google Shopping and introduce special offers and reviews into their descriptions. Google Shopping campaigns now feature across devices.

Selling on Google is all well and good if retailers have a business model that allows them not to care where the purchase is made, on or offline. But what about all that excess physical store footage? Obviously, barbecue grill season is cyclical in many parts of the US and can be planned for in a brick-and-mortar store, but what about non-seasonal products?

In 2017, how do physical stores react to sudden demand, such as the unusual heat waves of the past two winters? Or, simply respond to more mundane requirements: summer shorts in spring?

A third Google research finding is that 25 percent of shoppers who don’t go to physical local stores avoid them because they don’t want to be disappointed to discover the item they wanted isn’t in stock.

Local Inventory Ads (LIA) were launched back in 2013 to allow local shoppers, those searching online nearby, access to in-store product availability. While in-store inventory updating is still a challenge for many retailers, Google’s services allow shoppers to click on a LIA, bringing them to a Google-hosted page where they can see inventory in stock, store directions, opening hours, and more. We’ve all seen or been, customers walking in with the product ads open on their smartphones.

That said, inventory is another thorny issue for Google Shopping, and many retailers unwittingly leave money on the table. For example, if a retailer only features one color of an item, only shoppers searching for that specific color will be served an ad. To make the sell, retailers must create individual ads for every color of a specific item. Combine that with the limited ability of Google metrics to give retailers the information they need, and it becomes increasingly difficult for retailers to accurately budget and maximize spend.

Notwithstanding these challenges, the seismic changes in the retail landscape require a commensurate attitudinal shift for traditional brick-and-mortar retailers.

One of the biggest mindset challenges for those legacy retailers is to fully embrace predictive and mobile, viewing them both as tools within an omnichannel approach to selling and also a magnet to draw customers into their brick-and-mortar spaces, in whatever future shape and size they may take.