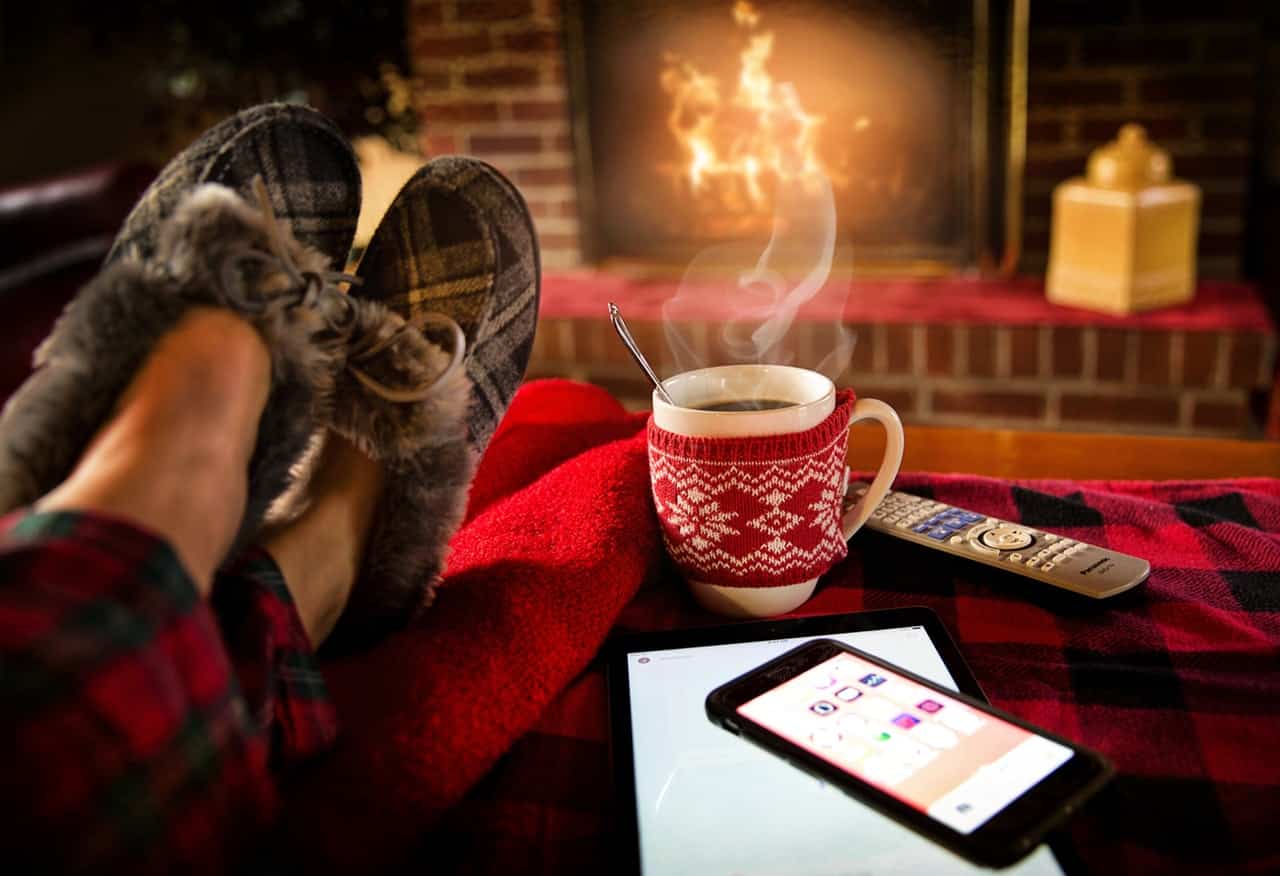 Criteo’s unparalleled access to transaction-level, omnichannel data means we know how and when shoppers are shopping for themselves and for others. Pair this data with Loop Commerce’s deep consumer insights into gifting behavior across factors like gender, merchandise, price sensitivity, return drivers, and purchase timing and what do you get? A comprehensive look at today’s holiday shopper.

In “What You Need to Know to Win the Holiday Shopper in 2018”, Criteo’s Platinum Client Partner Shobha Nikam and Loop Commerce’s Head of Retail Partnerships John Grech come together to shed light on the trends expected for this coming holiday season.

Afterall, shopping for yourself is fundamentally different than shopping for others. So as you begin planning your holiday strategies, take into account exactly how each individual shopper is buying and how that’s different from off-peak tactics. You need to understand the psychology and behavior of holiday shoppers as much as the days they favor most.

Here are a few key highlights “What You Need to Know to Win the Holiday Shopper in 2018”. 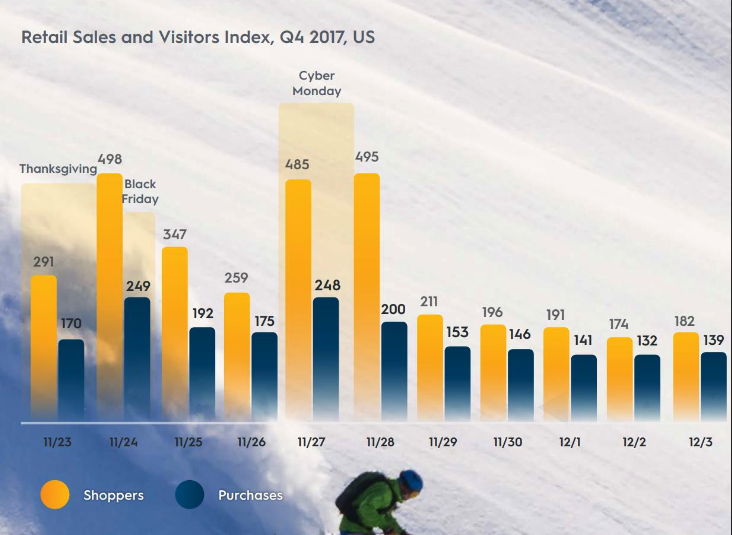 When it comes to the holidays, most marketers automatically think about Black Friday, but our research shows that Black Friday isn’t so much a day as much as it is a mindset. Gone are the deal spikes, it’s more of a plateau. The deal itself is becoming more valuable than the day on which it’s offered. Consumers are willing to buy when the deal is offer vs. waiting for a specific day.

There’s increased shopping in the summer, due in large part to Amazon Prime Day, and lots of retailers are rising to the challenge of how to offer something like Black Friday as early as summer. We saw this in 2017, when retailers offered more deals that led to more shopping spikes earlier and earlier in the days leading to Black Friday. Retailers like ecommerce furniture retailer Wayfair, has launched annual “Way Days” while Walmart started offering Black Friday deals in the beginning of November.

As deals are starting earlier, so are shoppers’ holiday shopping mindsets. Criteo data shows that a good deal from one retailer has a ripple effect on other retailers. Last year, during Amazon Prime Day, our data show that retailers who also offered deals saw sales increases up to 124%.

Black Friday is also increasingly going global. We saw spikes across countries in Europe, especially the UK while in Latin America, Black Friday is also growing in importance year over year. Argentina, Chile, and Columbia, all support the “hot sales” in both the summer and the holiday season.

2. Cyber Week and Cyber Monday are just as important opportunities as Black Friday 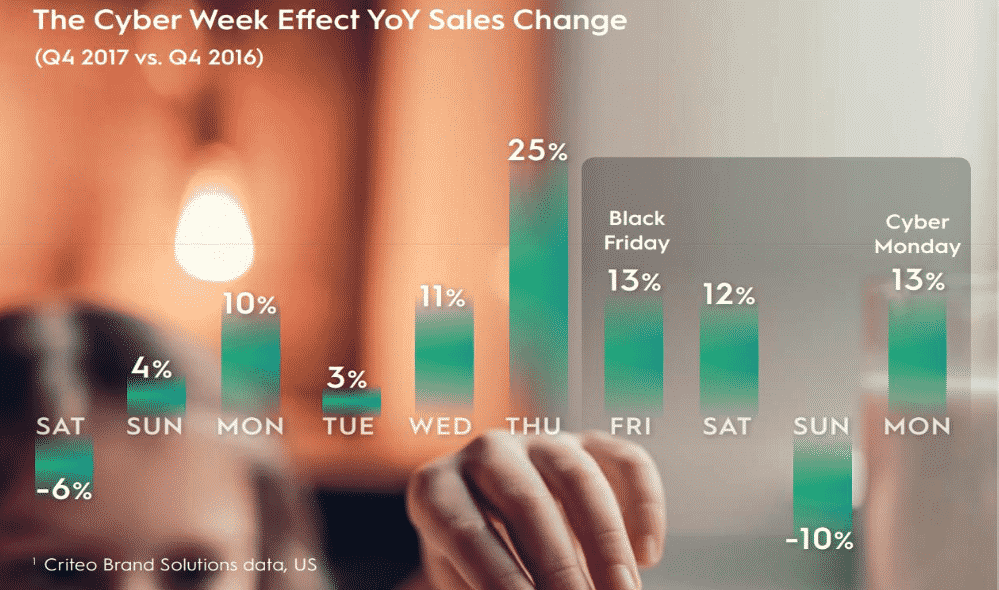 When we benchmark each day of importance from Thanksgiving to Cyber Monday, there’s a trajectory of growth year over year, especially on Thanksgiving Thursday. After turkey and football, shoppers can now enjoy time with their family and still get their holiday shopping out of the way. Retailers are pushing up sales to Thursday, matching shopper’s deal seeking sentiment and offering deals earlier than Black Friday.

And in 2017, shoppers aren’t shopping as much on Sunday – a drop of -10% from 2016 – as they’re waiting for Cyber Monday deals. Marketers take note: Cyber Monday and Thanksgiving Thursday are impactful for your bottom line, but don’t ignore the other days. Brands and retailers who offer Cyber Monday deals before Monday could do very well.

Diving into consumer insights from Loop Commerce, we find that shoppers are shopping on the two big days for different reasons: Black Friday is where Loop Commerce sees many shoppers shopping for themselves, while Cyber Monday and Cyber Week data shows people are more likely to shop for others.

3. Mobile will be the most-used shopping channel

This year, marketers can expect to see the majority of sales coming from phones and tablets. During Black Friday last year, 46% of US sales were on mobile while 56% of UK sales were. In 2018, that trend should grow even more, due in large part to how people are shopping, even in retail stores.

Our Shopper Story, which surveyed 10,000 shoppers around the globe, found that omnichannel shopping is prevalent across the world. Shoppers are constantly switching between their phones and the retail experience, buying on their phones even when they’re in store, or ordering on the phone and picking in store. Today, channel and device doesn’t matter, it’s all about the customer experience.

And what’s making mobile so attractive is the ease with which apps make the mobile shopping experience. According the Criteo’s Nikam, “Apps are a fantastic way to get the attention of a shopper, make a loyal shopper of them, and increase the purchase activity.” And this shows, with in-App transactions for retailers continues to grow, up to 46%, which represents a 48% year-over-year increase globally.

As shoppers get more mobile, a good app can go a long way – reducing mobile hesitation, generating higher order values, and keeping customers loyal. And as Loop Commerce insights shows, mobile is the “new normal”, with gift purchasing up 19% year-over-year and driving last-minute purchases. Mobile is creating new habits – people expect things to happen right away, so retailers who know how to cater to giving last-minute shoppers what they want will win.

Cyber Week is from December 26th all the way to the New Year and is the holiday season encore. Data shows that shopping actually shifts slightly away from mobile during this week and to tablet and desktop, perhaps because people have gift cards in hand and are being more deliberate with what they’re looking for.

Not only are conversion rates shifting between channels, but the average order value is at the highest it’s been all month. For marketers with budget left over to spend on ads and marketing campaigns, now is the time to do it because the shoppers are ready. The US saw a 46% increase in online retail sales between 12/26 and 12/31 compared to the rest of the weeks in the month.

According to Grech at Loop Commerce, belated gift giving is all too common, with people continuing to buy gifts after major holidays and spend more on these late gifts too, perhaps out of guilt.

“It’s not just the holidays,” says Grech, “We see these post-holiday sales increases after ever major holiday.”

“Guilt drives up AOV…” says Grech, “so don’t pull back your campaigns. Go after these shoppers and aim a little more at a male audience because they’ll buy a higher price point.”

How Marketers Can Win Holiday 2018

This season, think outside the traditional holiday gift box and reframe your “traditional” holiday marketing tactics to match the way shoppers are thinking about Black Friday, Cyber Week, and mobile. Offer great deals as early as October, optimize your mobile presence, and pay attention to the post-holiday opportunity. Most importantly, use data to create the best possible customer experiences.

Watch the webinar here and for more insights, including exclusive data and research, download our free holiday report. 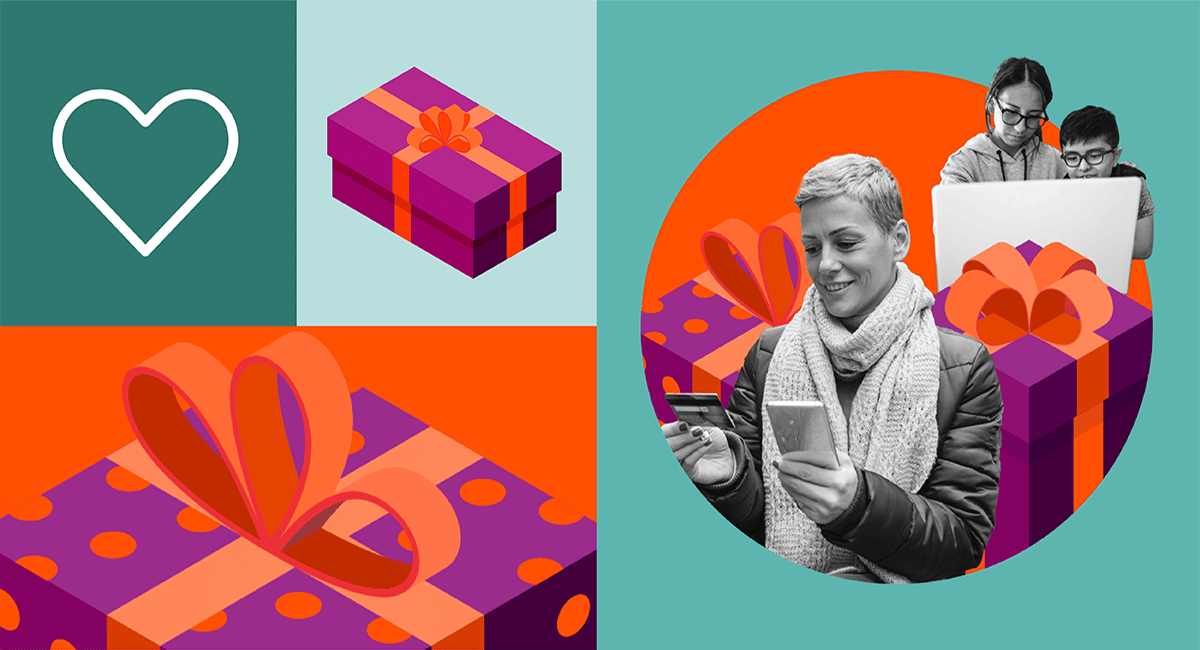 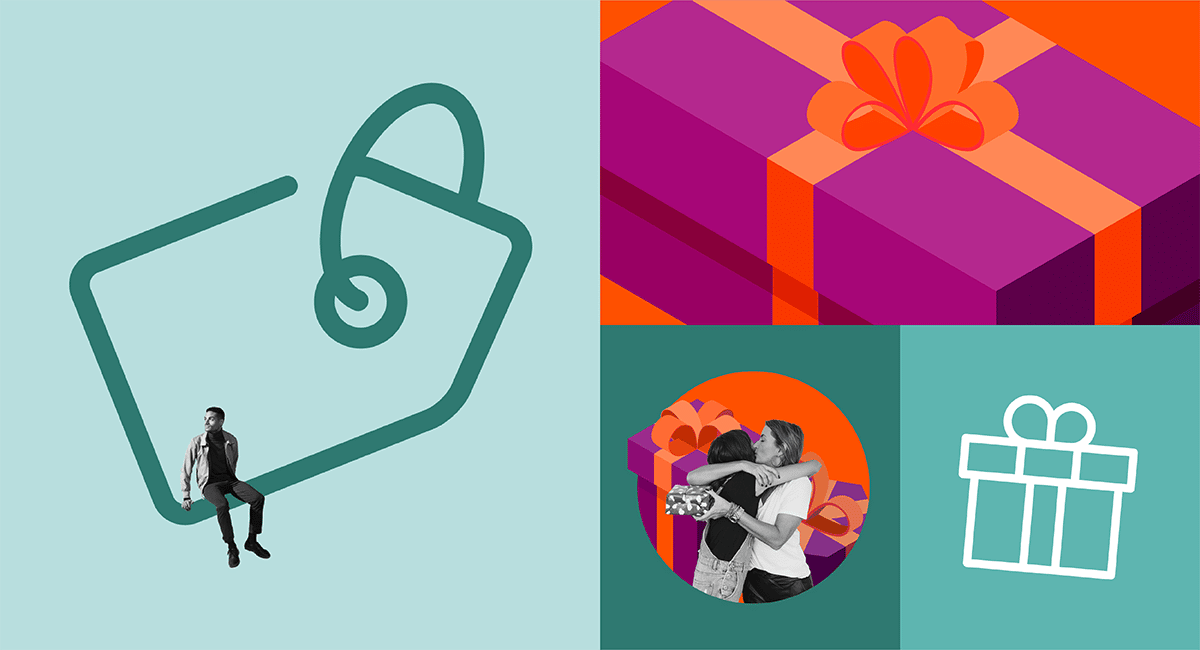 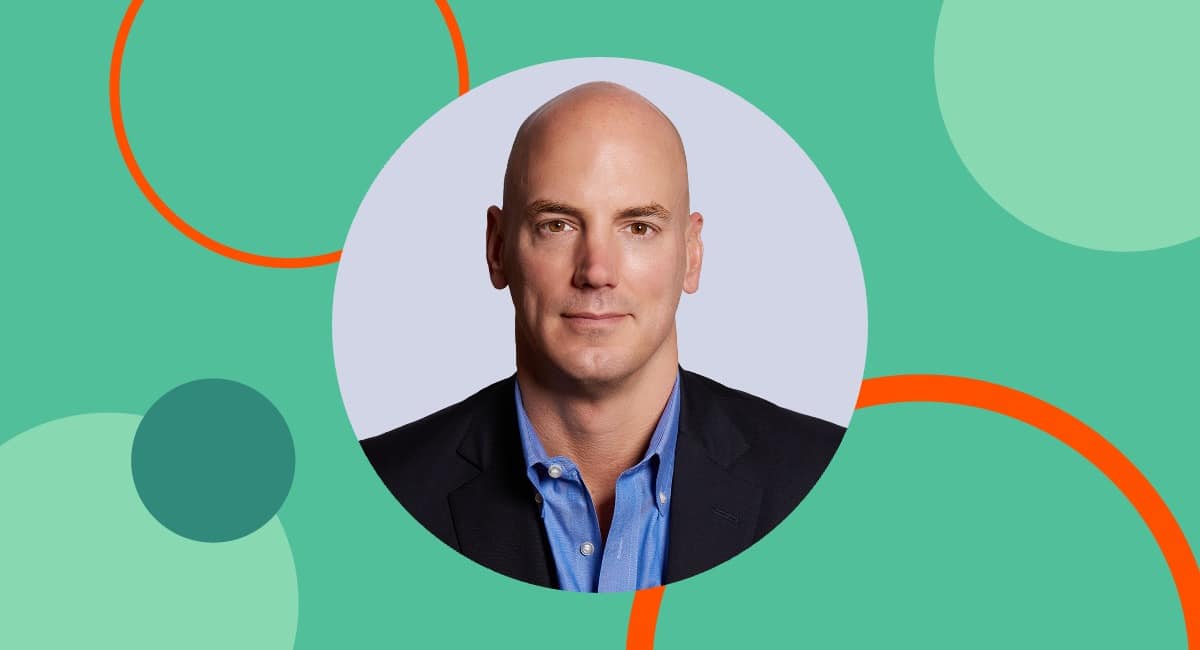 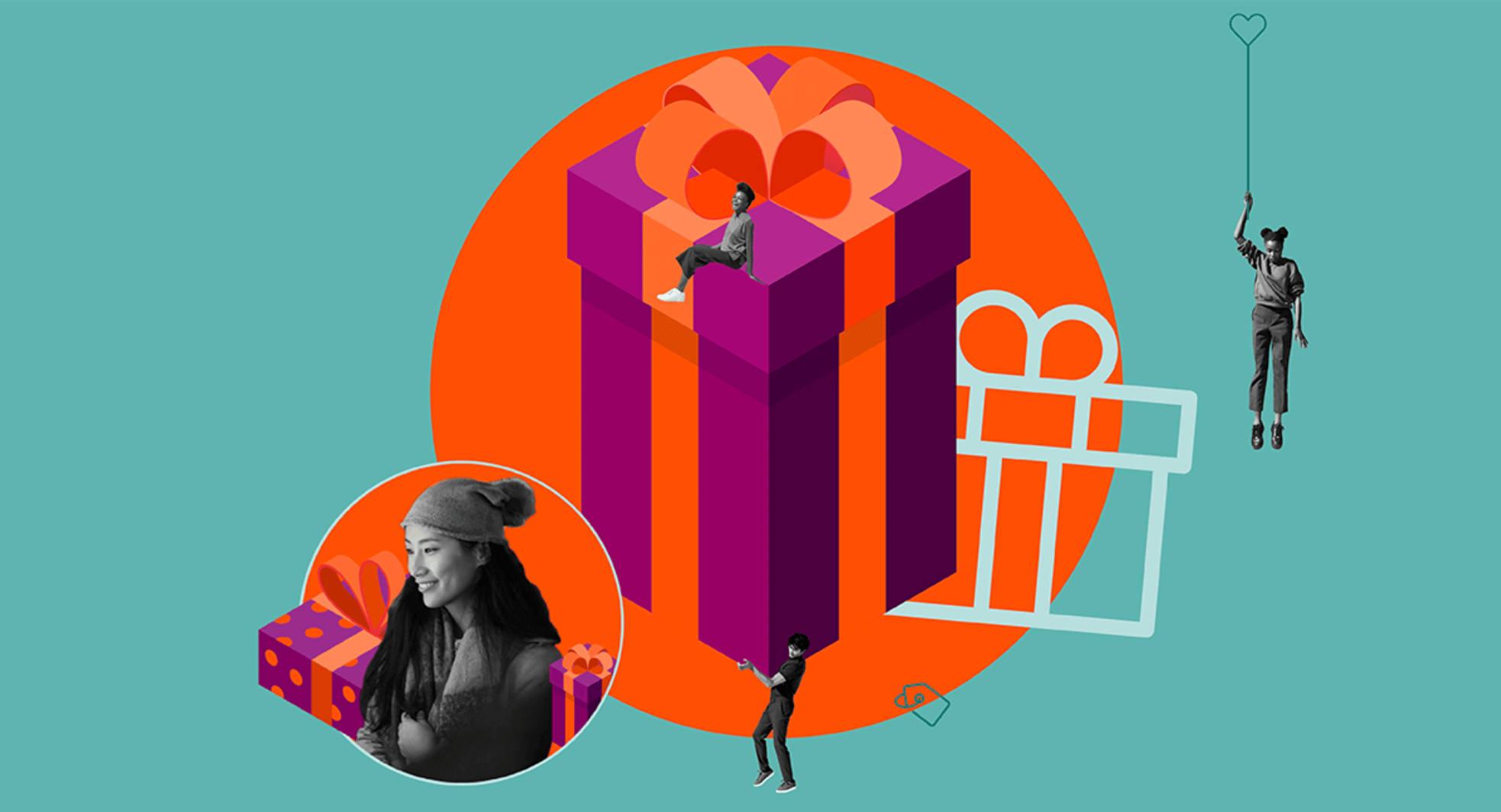