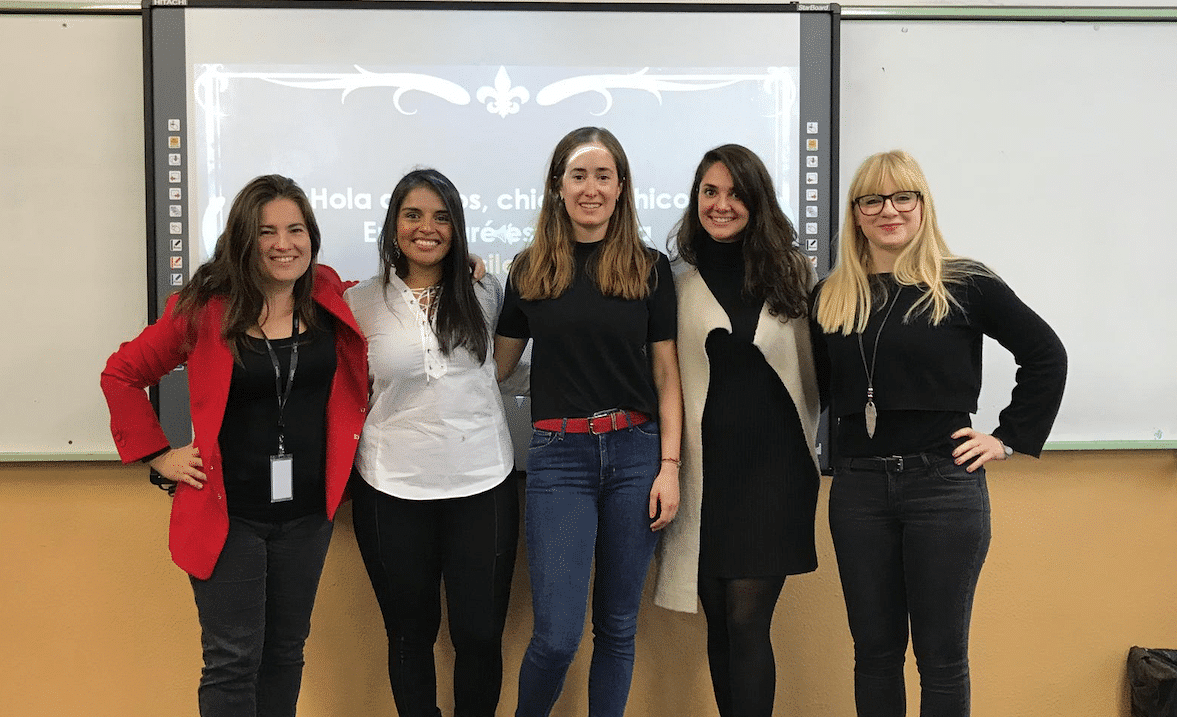 International Women’s Day 2019 is a reminder of where we’ve been and where we want to go.

Last year was a big year for women. A record-breaking number of women ran for office in the United States — and won. Trailblazing women around the world became “the first.” Countries and organizations took important steps to support women and families. At the same time, there’s no question that we’re still a long way from equality.

In terms of the gains made, the inequities that remain and the challenges that lie ahead, in the fight for equality and forging a #BalanceforBetter, the journey continues. And many incredible folks around the world are leading the way.

Criteo believes a balanced world is a better world, and we all have a role to play in creating it. Criteo supported International Women’s Day (IWD), a global celebration of the economic, cultural, political and social achievements of women and, in the official organization’s own words, “a call to action for accelerating gender parity”, by encouraging its people to come together to discuss the most common ways gender bias plays out in the workplace, with concrete actions we can take to level the playing field.

Last week was packed full of events in the Barcelona hub, headquarters of the EMEA Mid-Market team. We kicked things off with an internal Criteo leadership panel. Discussions covered everything from pinkification, positive discrimination, misconceptions around the movement, to the future of gender equality and what we can do at Criteo both globally and locally. 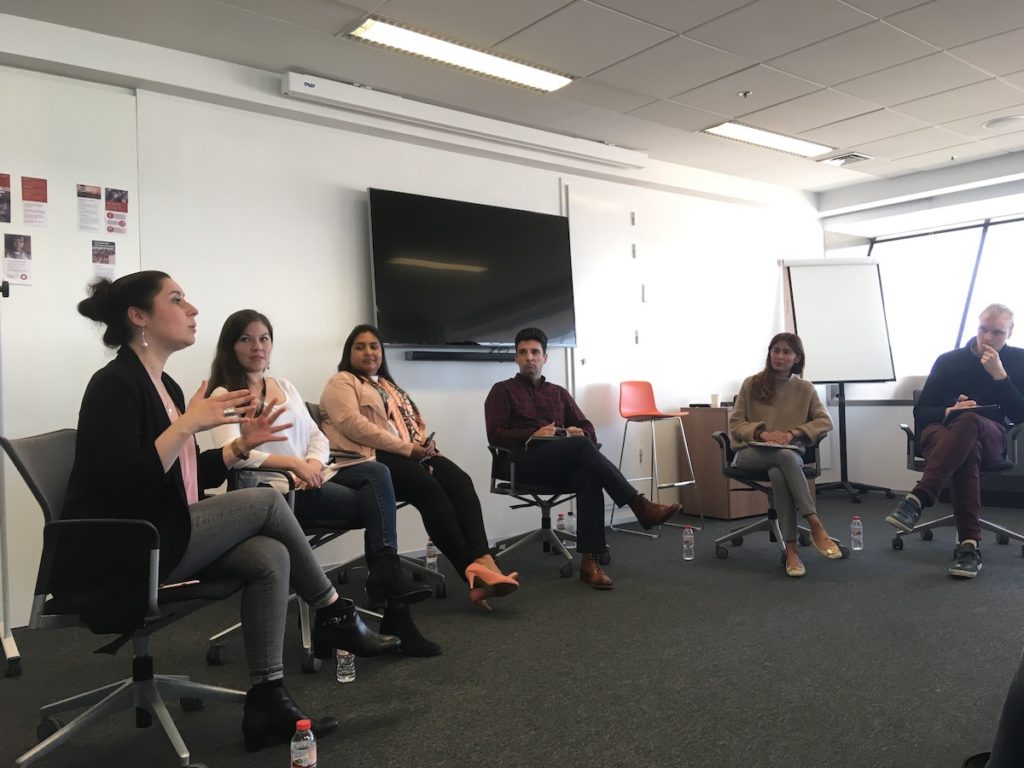 Throughout the week, Criteo Cares champions held Ted Talks, documentary screenings, yoga classes, and volunteering initiatives, and even launched a book club with the theme of “Balance For Better.” 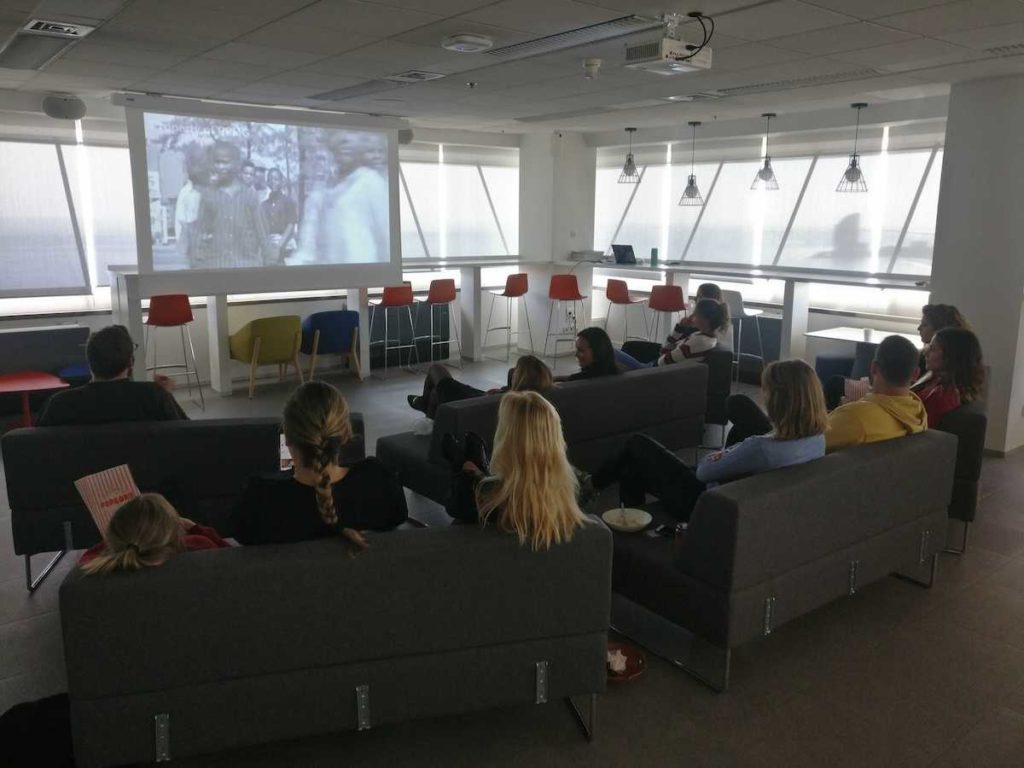 A series of educational presentations were also held in a local school, to focus on the role future generations have to play on the path to gender equality. 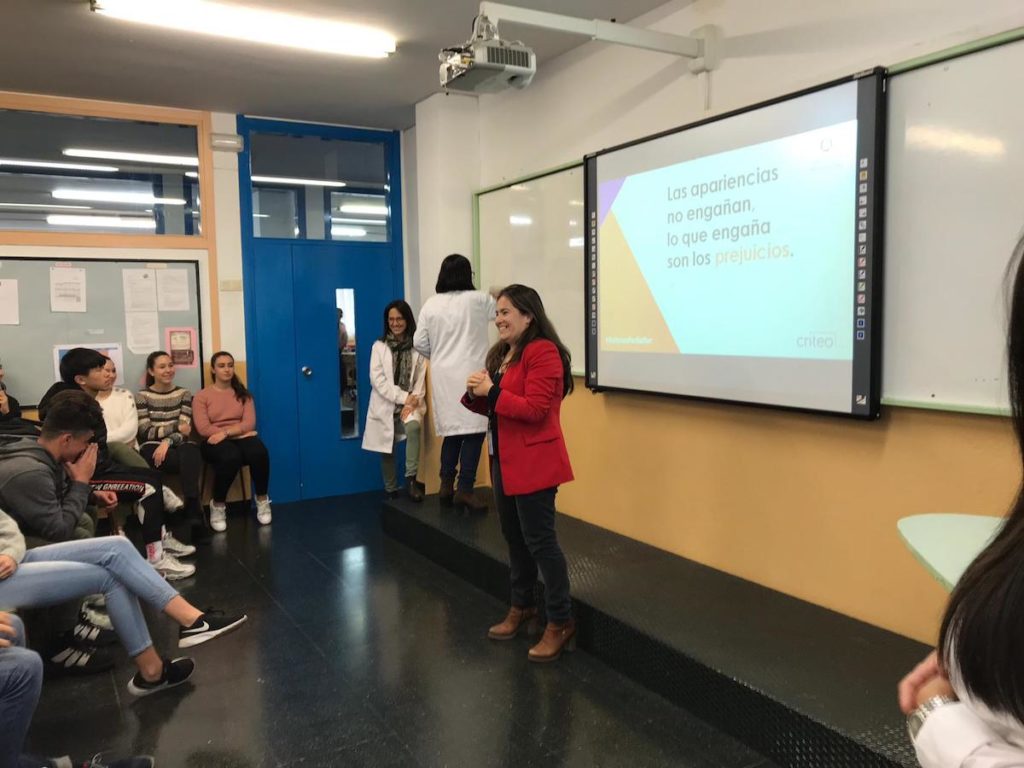 We closed the week by hosting a panel of external speakers from Universitat Pompeu Fabra, Vistaprint and Strands, who addressed experiences and trends seen in other offices and company cultures.

To top it all off, a final celebration in the office featured a photobooth, cupcakes, cava and a raffle draw. All funds raised from the raffle have been donated to Fundación Ana Bella, and the final donation was matched by the Criteo Cares Program. 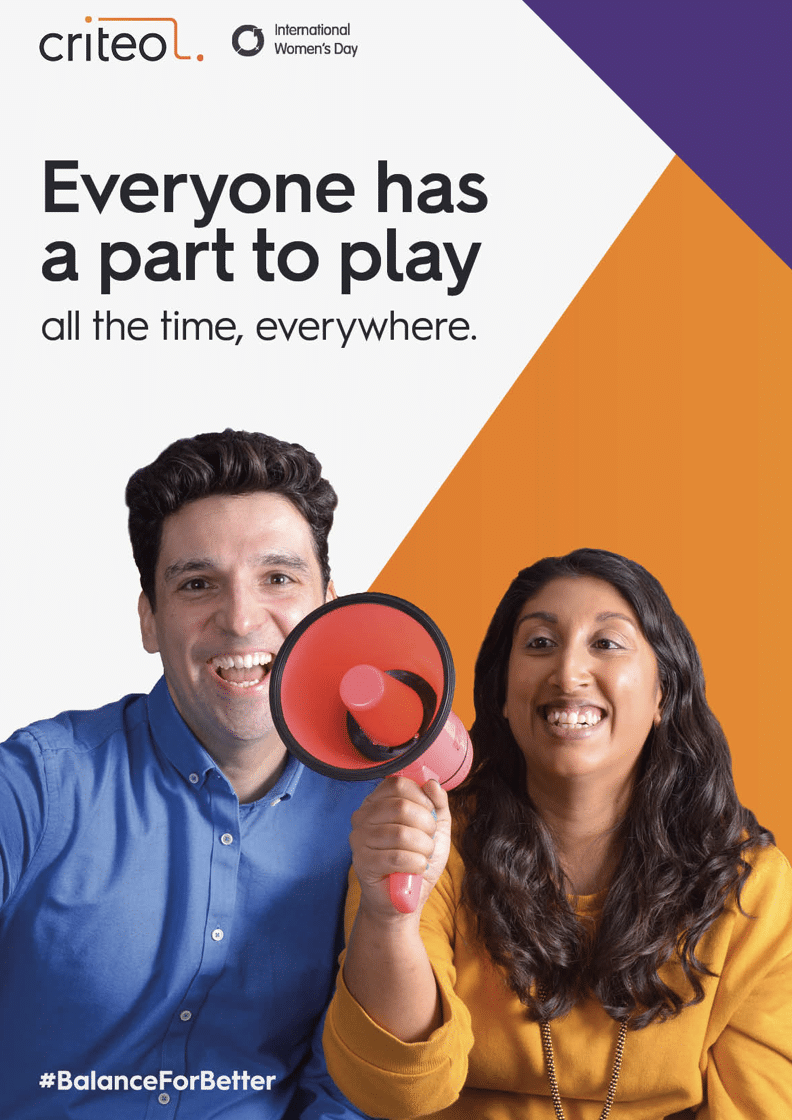 Collective action and shared ownership for driving gender parity is what makes International Women’s Day successful. Gloria Steinem, world-renowned feminist, journalist and activist once explained: “The story of women’s struggle for equality belongs to no single feminist nor to any one organization but to the collective efforts of all who care about human rights.”